Miss-K has started the year in the good light -
by releasing her very, much awaited yearly "Kalendar 2016".

Each and every year for the past 7 years Miss-K has passionatly released  breath taken calendars, which she has sold in thousands so far, representing various cultures, shooting them in various locations such has United Arab Emirates, Africa , France, United Kingdom.

This time around Miss-K and her production Team chose "Mexico" and titled it :
Bellaza MexiKana, (Mexican Beauty) Part 1.

N.B: Part of the proceeds will be donated to the SU4A Project/
for more info click here ; http://misskmusic.blogspot.fr/p/su4a.html

Take a look out the cover shot below.
Published by Miss-K's Team ! 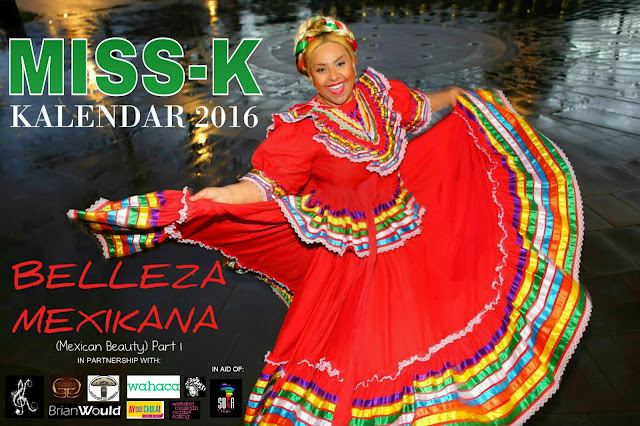