Scores of celebrities, which included our favorite golden girl, Miss-K,
took to social media to pay their respects to Muhammad Ali, who died at age 74 on the 3rd of June 2016.
Miss-K posted this photo below captioning it as follow:
"Rest in Paradise champion...
Thank you for leaving your print on this world." 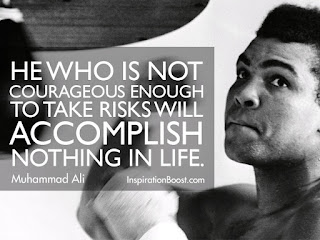 The three-time world heavyweight champion heavyweight boxing champion, one of the most famous pop culture icons of his time, passed away Friday.
He had for more than 30 years battled Parkinson's disease, which impaired his speech, but had occasionally stepped out at public events.
Published by Miss-K's Team !
Email ThisBlogThis!Share to TwitterShare to FacebookShare to Pinterest
Newer Post Older Post Home