Miss-K had the perfect red carpet look when attending at the second edition of the UK Nollywood Film Festival, which took place this weekend,
Saturday 5th of October 2019, in London. 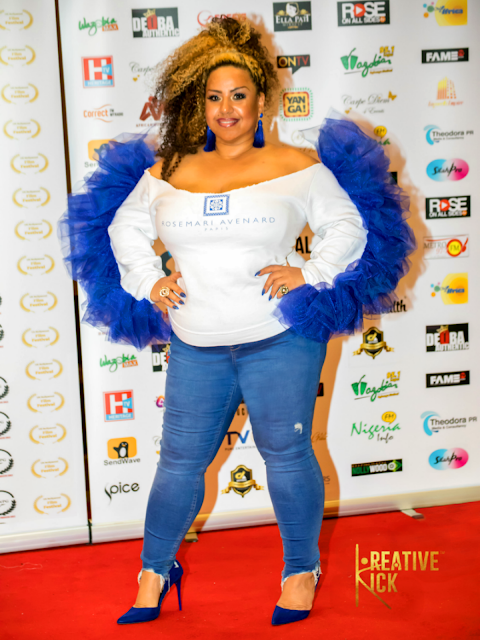 The UK Nollywood Film Festival, which has first been instigated back in 2018, by the President of The Nollywood Guild Award, Dr Malcolm Benson, was a success. In the spirit of marking her attendance, Miss-K arrived glowing with a show stopping outfit, making her arrival known when stepping on to the red carpet at UKNFF."What a night!!! 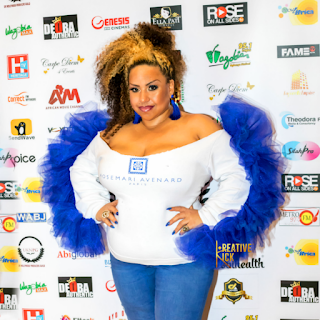 Miss-K wore a bespoke piece, which she co-designed with Luxurious Fashion House “Rosemari Avenard”, for whom she became the official Brand Ambassador early this year Jan. 2019, this time pushing boundaries in giant Blue and white raffle sweater Top, which she showcased proudly like a Peacock spreads its feathers.
In addition Miss-K was spotted with friends and long-time supporter, Councillor Kate Anolue, who was elected Mayor of Enfield for the third time this year, and the Mayor of Tower Hamlet, Councillor Victoria Obasefe who also made an appearance not only as a guest but also as the Patron of the UK Nollywood Film Festival. 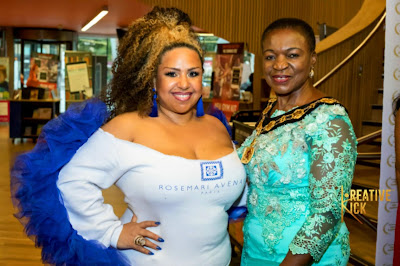 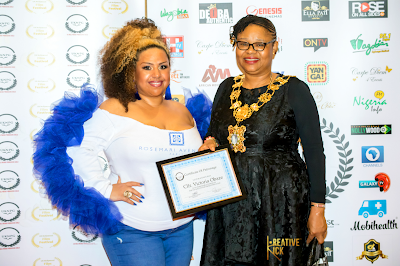